Scott and Mike discuss The Addams Family and the deaths of cast members Carolyn Jones, Jackie Coogan, Ted Cassidy, and Ken Weatherwax. We also talk a little about Carol Channing, the Manson Family, the famous Hollywood Forever Cemetery, and more!

Video: There used to be a recording online of Beausoleil and fellow former Manson follower Clem Grogan playing in a band together in prison (probably Beausoleil's "Freedom Orchestra" band) where we're pretty sure Beausoleil called Grogan out by name, but the link appears to have been taken down. However, this live video of the band from 1978 appears to show the two of them performing together (Link)

Buy: In Morticia's Shadow: The Life & Career of Carolyn Jones

...and Addams Chronicles: An Altogether Ooky Look at the Addams Family by Stephen Cox Article: Read about the man buried in the crypt over Marilyn Monroe (Link) 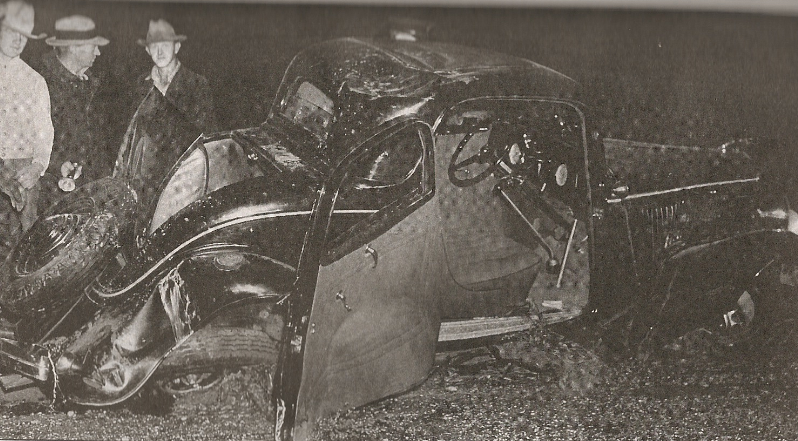 Jackie Coogan's roadster after the crash that killed both his father
and his best friend, fellow actor Junior Durkin

Article: An interesting blog post about the crash and Coogan's friendship with Durkin (Link)