The Dearly Departed Podcast explores the dark side of Hollywood history. It is led by famed Hollywood historian Scott Michaels -- who operates LA's Dearly Departed Tours and FindADeath.com, and who has been featured as an expert on E! Entertainment multiple times, as well as in his own documentaries like The Six Degrees of Helter Skelter -- and co-hosted by filmmaker Mike Dorsey (The Six Degrees of Helter Skelter, Murder Rap: Inside the Biggie and Tupac Murders, Demon House). Every two weeks we will explore a different Hollywood death or other dark and fascinating story from Tinseltown's sordid history!

Covered in this Episode: 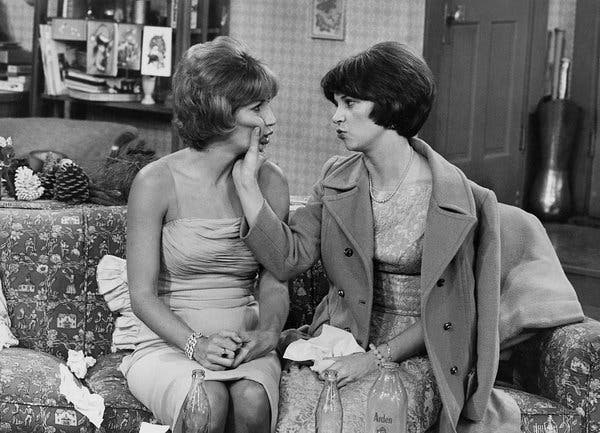 Penny Marshall, left, and Cindy Williams as the title characters in the ABC sitcom “Laverne & Shirley.”
Ms. Marshall’s success on the show paved the way for her directing career. Credit ABC

Video: Watch the Martin and Lews Reunion from 1976!

Article: FindADeath's writeup on the death of Dean Martin

The old Hamburger Hamlet that Deano used to hang out at